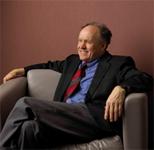 Edward C. Prescott is the W. P. Carey Chaired Professor of Economics and the Director of the Center for the Advanced Study in Economic Efficiency at Arizona State University. He is also a Senior Monetary Adviser at the Federal Reserve Bank of Minneapolis. In 2004, Prescott was awarded the Nobel Prize in Economic Sciences jointly with Finn Kydland for their contributions to dynamic macroeconomics, in particular, the time consistency of economic policy and the driving forces behind business cycles. In addition, Prescott was awarded the 2002 Erwin Plein Nemmers Prize in Economics, elected a fellow of the American Academy of Arts and Sciences (1992) and a fellow of the Econometrica Society (1980), and selected to be a Guggenheim fellow (1974–75). In 2008, he was elected a member of the National Academy of Science.

Prescott has published more than 100 research articles, which address topics in money and banking, finance, business cycle theory, general equilibrium theory, and policy theory. In a 2000 book "Barriers to Riches," Prescott and co-author Stephen Parente argue that barriers to technology adoption are the dominant cause of the large differences in standards of living across countries. In 2007, Prescott co-edited "Great Depressions of the 20th Century" with Timothy Kehoe. Prescott received a B.A. in mathematics from Swarthmore College, an M.S. in operations research from Case-Western Reserve University, and a Ph.D. in economics from Carnegie Mellon University. He has been a faculty member at the University of Pennsylvania, Carnegie Mellon University, the University of Chicago, and the University of Minnesota. 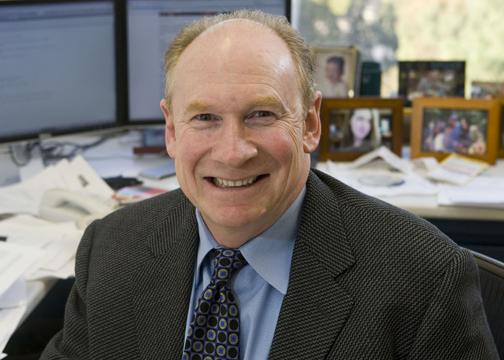 Lee E. Ohanian is Professor of Economics, and Director of the Ettinger Family Program in Macroeconomic Research at UCLA, where he has taught since 1999. He is an advisor to the Federal Reserve Bank of Minneapolis, and previously has advised other Federal Reserve Banks, Foreign Central Banks, and the National Science Foundation. He has been an economic advisor to state and national political campaigns. His research, which recently has been discussed in the New York Times, Wall Street Journal, Washington Post, and other media sources, focuses on economic crises, and has been published widely in a number of peer-reviewed journals, including the American Economic Review, the Journal of Political Economy, and Econometrica. He is a frequent columnist for the Wall Street Journal, Forbes, Newsweek, and CBS Moneyline. He currently serves on the editorial boards of 3 journals. In the past year he has advised the U.S. Senate and the California State Legislature on our current crisis. He previously served on the faculties of the Universities of Minnesota and Pennsylvania, and has been a visiting professor at the Stockholm School of Economics, Arizona State and USC. He is co-director of the research initiative "Macroeconomics across Time and Space" at the National Bureau of Economic Research. He received a BA and MA in economics from UC Santa Barbara, and his Ph.D. from the University of Rochester.